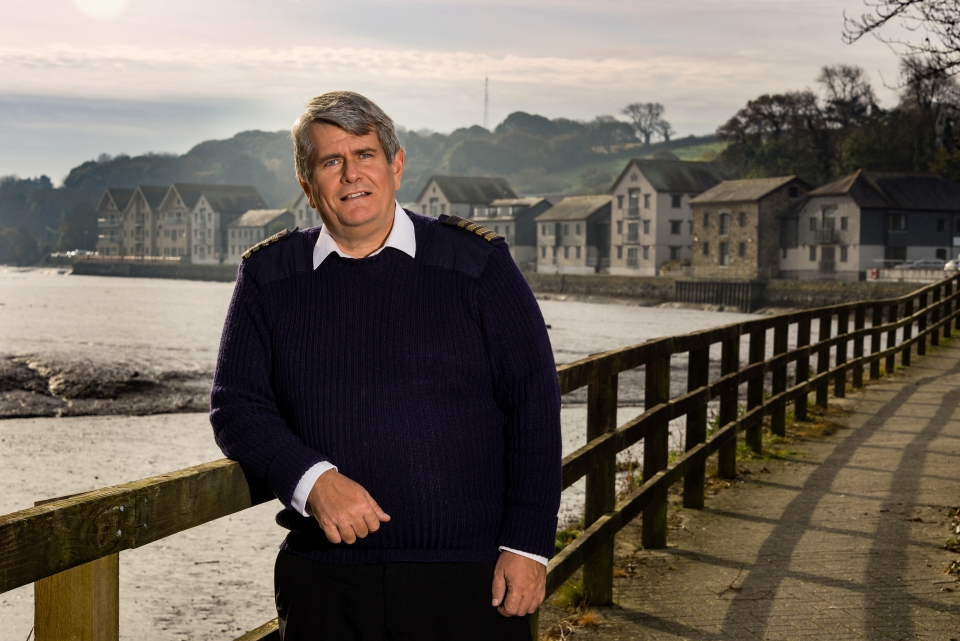 From the golden age of tin production to today’s diverse mix of commercial and leisure visitors, the Port of Truro has always been at the heart of Cornish life.

At the helm of the bustling port is Harbour Master Mark Killingback who oversees the day to day running of the port, welcoming commercial visitors as well as a wealth of maritime tourists keen to moor up along the River Fal and explore the local area.

"We are important to a number of local businesses and international businesses,” he said. “We have a big part to play in managing the area for everybody’s benefit."

The Port of Truro is linked to the vibrant Newham riverside business district and Mark is a non-voting member with the Newham Business Improvement District committee, a business-led initiative aimed at giving firms the power to raise funds locally to improve and promote the area.

"I'm responsible for all the shipping and leisure traffic within the ports of Truro and Penryn and also an officer of Cornwall Council so I am a bit of a link between the authority and the BID and we are significant land owners in Newham," said Mark.

"It’s very diverse, lots of different businesses are based here and it’s a very important part of Truro and the economy."

And that strong link was forged centuries ago when the city grew thanks to its water, road and rail links with the Port expanding alongside it. In the 13th Century, tin production was booming with much of the county’s load being exported from the Newham port. A few centuries later, the maritime hub was also handling nearly half of Cornwall’s copper exports while timber and coal was among the goods being imported.

The bustling port also became home to as many as sixty cargo ships in the 18th Century, a time when smelting works were also established at Newham. From 1840, passenger boats began operating between Truro and Falmouth with a railway station opening a decade later, bringing a further increase in trade to and from the port. The line carried goods the three mile distance to the main railway line and then beyond across the country for the next 100 years until it was finally closed in 1965.

And in the early 20th Century, the majority of Truro’s domestic gas and coal was brought in by sea and offloaded at Newham.

Now the inland port specialises in the handling of scrap metal for processing. Large ships can be seen regularly docking in the port to collect tonnes of scrap metal bound for countries including Spain and Portugal where it is broken down and reused.

Mark said: "Commercial activity changes but I think the port will always be here. We have a big part to play in managing the area for everybody’s use so I think we will always be relevant to Truro and the surrounding area."

At the heart of the port’s commercial activities is Lighterage Quay, 350 metres of space, which has a number of tenants. The port also welcomes larger ships, moored up in its waters while waiting for commercial contracts elsewhere.

The river is also becoming more and more popular with recreational visitors, including kayakers and stand up paddle boarders, with Mark and his team heading out on to the water to guide commercial ships along the river and advising leisure users about the larger vessels passing through.

"Kayakers are out enjoying the river every day and I’ve even seen someone wearing a head torch and making their way along the stretch of water on a stand up paddle board at 5am in the middle of winter," said Mark.

"So we also take the time to advise and guide people on how to safely use the river and get the most out of taking to the water."

Many visitors also enjoy a trip along the stretch of Fal aboard a river cruise boat with daily sailings to and from the port giving an insight into the diverse wildlife that calls this area home.

"There is a very diverse range of flora and fauna along the river," said Mark who added that the Port of Truro area is part of the Fal and Helford Special Area of Conservation and Malpas Site of Specific Scientific Interest aimed at providing increased protection for local wildlife.

"We’ve got herons, egrets and seals and the mudflats are the feeding grounds for wintering birds. The Special Area of Conservation also includes the Truro River Oyster Fishery, which is a very special part of the estuary. Every day is different and there’s always something different to see."