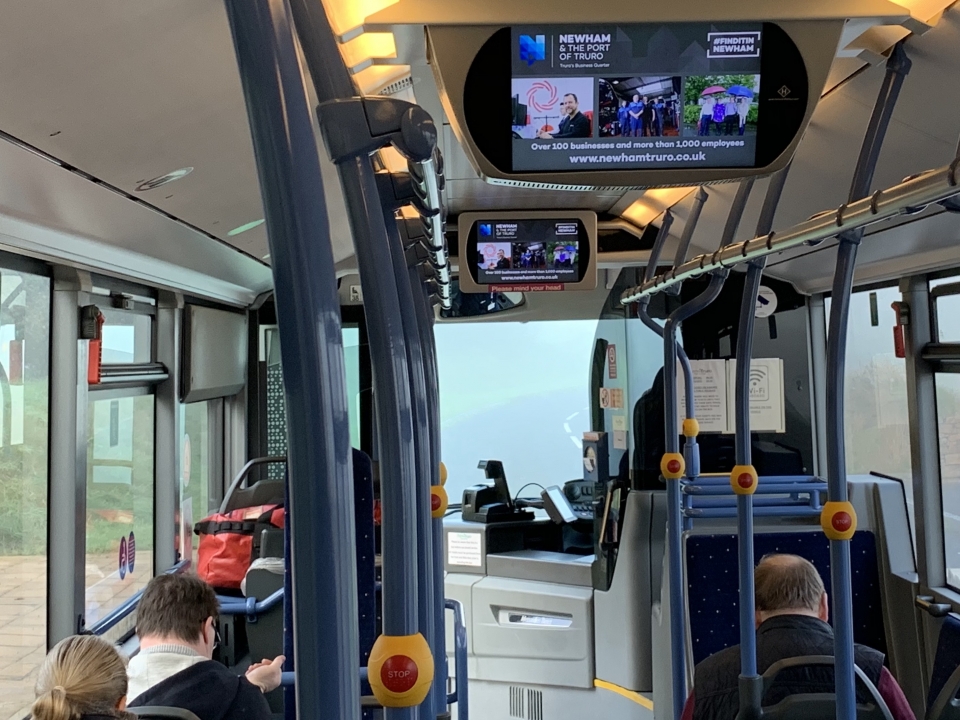 Tens of thousands of bus passengers travelling to Truro are finding out about the fantastic businesses based at Newham thanks to a new advertising campaign.

The year-long promotion of the riverside business district will showcase a range of firms based at Newham to people hopping on the city’s park and ride bus network.

Mechanics, charities, recruitment firms and insurers are among those taking part in the Newham Business Improvement District (BID) campaign. Around 45,000 passengers use the bus service each month, allowing Newham’s diverse range of more than 100 businesses, the chance to showcase their expertise.

The campaign is one of a series of priorities highlighted by businesses as outlined in Newham’s BID Business Plan when it was voted in for a second term last September. With circa £76K each year to be spent on delivering projects and services, the Newham business plan includes; enhancing the environment and creating a business district that is an accessible and attractive place to do business; safety and security by maintaining CCTV surveillance and introducing security patrols; place and business promotion to enhance the profile of Newham and its businesses to drive footfall and sales through a PR and Marketing campaign; creating connections by, for example, lobbying on issues that matter to businesses.

The BID has previously used funds to deliver projects such as increased CCTV coverage, new eye-catching signage and targeted marketing and awareness campaigns. The BID is also due to start an innovative landscaping project involving planting, art and sculpture and utilising the skills of employees on Newham.