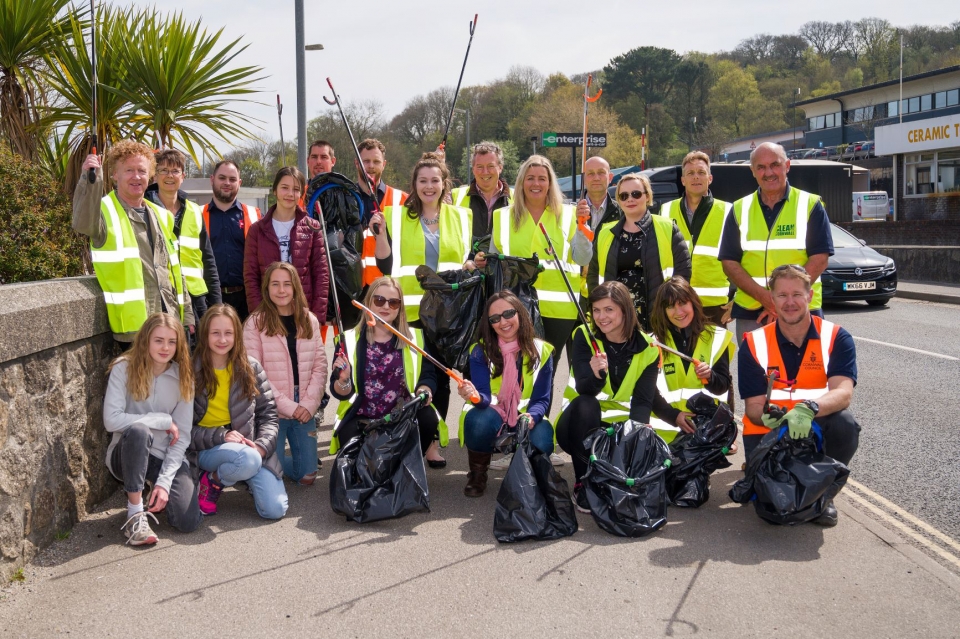 Mel Richardson, Newham BID Manager said: "This has been a great example of Truro working together at the Newham and the Port of Truro riverside business district. Businesses and the community have been litter picking alongside each other, volunteering their time to take care of their environment."

In total over 100 bags of litter were collected, which included a large variety of items such as old umbrellas, plates, yoga mats, a Zimmer frame, a computer, bottles and tins.

Clean Cornwall helped City Clean Up to happen by lending the litter picking equipment.  If you would like to volunteer for the next City Clean planned for spring 2020 please email sian.knights@trurobid.co.uk.