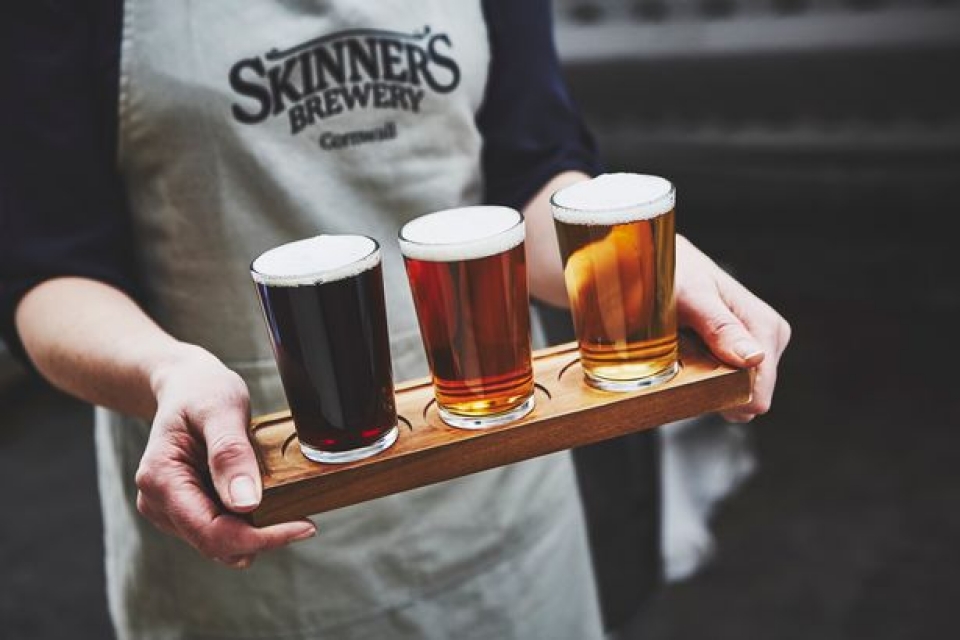 Gallons of golden beer is currently bubbling away in a traditional copper tank at Skinner’s Brewery.

The Newham-based business is a bustling hive of activity every day of the year but even more so in the lead up to Christmas when customers are eager to get their hands on a bottle of the company’s award-winning ale. Skinner’s employs around 60 people to help it brew, bottle and deliver its famous tipples, but that number rises in the lead up to the festive season. The company, founded in 1997 by Steve Skinner and his family, has its range of beers available in pubs and bars across Cornwall, as well as in other parts of the country through wholesale and can even be seen on supermarket shelves nationwide.

Of the six core beers offered by Skinner’s, Betty Stogs is a firm favourite with the public with Lushingtons also proving very popular. And to toast the festive season, the brewing team has also launched two Christmas-themed tipples; Jingle Knocker and Christmas Fairy.

Louise Pamplin, marketing coordinator for Skinner’s Brewery, said: "This is a really busy time of year for us with brewing and bottling as well as customers buying through our online shop or popping in to purchase a gift or two. "Each of our beers have their individual style to cater for all beer lovers. We live in a really social time and since our refresh, we are seeing more and more people talk about and share images of themselves enjoying our products." 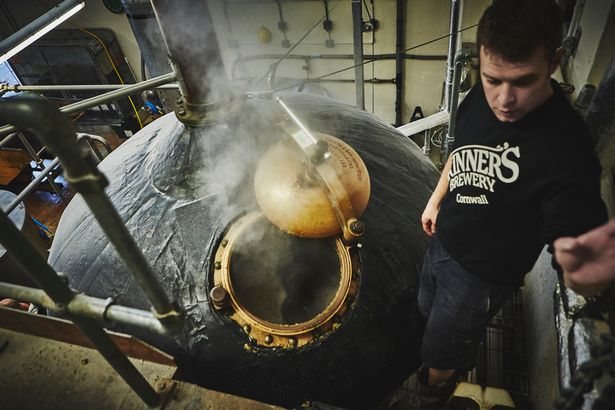 The refresh 18 months ago saw Skinner’s contact six artists to revitalise the brewer’s collection of bottles and provide eye-catching images that best reflect each individual ale. With a strong pride in its Cornish roots, Skinner’s reflects a love of the county through the names of its beers from Cornish Knocker, the company’s first ale which is inspired by the tin-mine dwelling creatures; Penny Come Quick, how Falmouth harbour was described centuries ago; and Porthleven, named in honour of the iconic Duchy surf break.

"However much we continue to grow, it is really important that we don’t lose sight of where we have come from," said Louise. As well as enjoying a refreshing pint of Skinner’s in a variety of pubs and bars – including the company’s Old Ale House in Truro, which recently won the coveted CAMRA Kernow Pub Of The Year title – the firm is also embarking on a gastronomic journey.

Skinner’s recently joined forces with acclaimed chef Freddy Bird to produce specialist ale to sell at his Bristol and Reading restaurants. Freddy also used Skinner’s products for a food demonstration at this year’s Port Elliot Festival; one of a number of events supported by the brewery which includes the Falmouth Shanty Festival and World Bellyboard Championships which returns in 2018.

Louise added: “The team here know what people like to drink and what they respond to. It’s all about keeping the fun while creating award-winning beers.” Brewing and bottling at Newham, the riverside business district has been Skinner’s home since 2003 and the company has benefited from being based in the heart of Truro. "We are in a great place here," said Louise. "Brewing needs a lot of space, and we have been able to grow the business, expanding into Newham for our bottling line. We even use other Newham businesses to help us with our own day to day work."

And there are even plans to launch new brews next year. It is an announcement that will be toasted by countless Skinner’s lovers across the UK, although the team are keeping any developments close to their chest. We are really happy with our core range of beers and things are going really well for the business so Steve and our head brewer are looking at potentially doing something new," said Louise. "We started talking about it at the start of the year and spent 2017 figuring out how to do it right and now we are in the position to potentially get something started.

"This is an experimental brewery as well. That’s how the fun stays in brewing for us. It is a science but it is all still about having fun and trying something new."

For more information and to take a look at the Skinner’s range online, visit www.skinnersbrewery.com or call 01872 271885.